Back to About Rest

Our board is made up of both employer and employee representatives from the retail industry, as well as independent experts.

Back to About Rest

Speaking on your behalf

Chair of the Board and Independent Director

Ken has specialised in financial markets and corporate strategy for over 30 years and has been intensively involved in investments for superannuation funds since 1986. He held the positions of Director of Finance and CEO within the State Electricity Commission of Victoria, before joining JANA Investment Advisers. From 1995 to 2008, Ken was JANA's Managing Director, and from 2003 to 7 May 2019, Chair of the JANA Board of Directors.

Steve has 35 years’ of experience in finance and general management and was the Financial Controller for Coles Retail, Coles Group Limited when he retired from Coles in 2014. He was initially appointed to the Rest Board in 2008 serving as a Director to 2012. Steve then served as an Alternate Director until being reappointed to the Board as a Director in 2014. Steve worked within the Coles Group in various roles over an eight-year period (2006 to 2014). Prior to this, his career was primarily with Shell Australia Limited, holding various General Manager Roles including Corporate Treasurer and Financial Controller. Steve is a former member of the Institute of Chartered Accountants.

Michael has over 40 years’ experience in industrial relations and administrative law. In 2014, Michael retired as a partner of the legal firm, Minter Ellison, after more than 25 years at the firm and carrying out several roles in the firm. He now practises as a Mediator in commercial disputes.

Michael has previously served as a Director of a large aged care and disability service provider, a kindergarten Chair, and a School Council Member.

Julia is the National Assistant Secretary of the SDA, the Union for workers in retail, fast food and warehousing.

Julia has represented workers for over two decades, starting out as an Organiser for the Victorian Branch of the SDA in 1994 before joining the National Office as an Industrial Officer and the SDA’s National OHS Officer in 2001.

Having completed her Masters of Law (Juris Doctor) in 2010, Julia has advocated for better pay, conditions and protections for thousands of workers in retail and fast food companies.

Julia is Vice President of the World Women’s Committee of UNI Global Union; the global union federation which represents more than 20 million workers from over 900 trade unions in the fastest growing sectors in the world – skills and services.

Julia is the Chair of the ACTU Women’s Committee.

Sally is an experienced Board director with a commitment to delivering sustainable financial and social outcomes.

Sally’s early professional career as a public sector clinical dietitian, lead to her undertaking executive roles in health services, investment management and wealth management working across both the public and private sector within Australia, New Zealand, United Kingdom and Hong Kong with broader responsibilities across the Asia Pacific region. She received the Telstra Australian Businesswoman of the Year award (private sector) in 2002 and was recognised as an AFR Westpac Woman of Influence in 2013.

Her non-executive director experience spans internationally across private, social enterprise and government advisory boards as well as board committees in the areas of risk, audit and remuneration.

Vaughn was then assigned to start banking operations in Australia in 1995, which ultimately became ING DIRECT. He held this role until January 2006, helping to establish the brand and building a profitable business. Vaughn was then appointed CEO and MD of ING Vysya Bank in India where he spent more than three years on the successful turnaround of a loss-making bank. He then worked as CEO – Banking Asia, covering Retail Banking and Commercial activities in the region for three years, before returning to Australia in 2012. Vaughn retired from his roles as CEO of ING Retail Banking Asia and CEO ING Direct Australia in June 2016.

Vaughn was named Australian Financial Services Executive of the Year in 2015. He has written and spoken extensively on Leadership, Corporate Culture, Customer Centricity and Digital banking.

Adam Walk is a financial economist with around 20 years’ experience in investment, governance, and risk management appointments at organisations such as Myer Family Company, QIC, QSuper, and Bank of Queensland. Adam is a Director at Drew, Walk & Co., in which capacity he assists family office, foundation, and fiduciary clients in the areas of investment consulting and counsel. His research has been published in journals such as the Journal of Portfolio Management and the Journal of Retirement, and he co-authored (with Dr Michael Drew) a monograph entitled “Investment Governance for Fiduciaries” which was published by the CFA Institute Research Foundation in 2019.

Helen is the Principal Policy Officer (Superannuation and Industry Training) at the SDA, the Union for workers in retail, fast food and warehousing.

Helen also has a private practice as a coach of professionals. For the 10 years to 2019, she was in leadership as President and then CEO of Caroline Chisholm Society, a charity that supports pregnant and new mothers raise their young children through poverty and other social issues.

During the past 20 years, Helen provided policy and political advice on early childhood, school education and workplace relations. Helen has advised State Governments and children’s services on regulation and has been a strategy adviser in the Vice-Chancellor's office at the University of Melbourne. 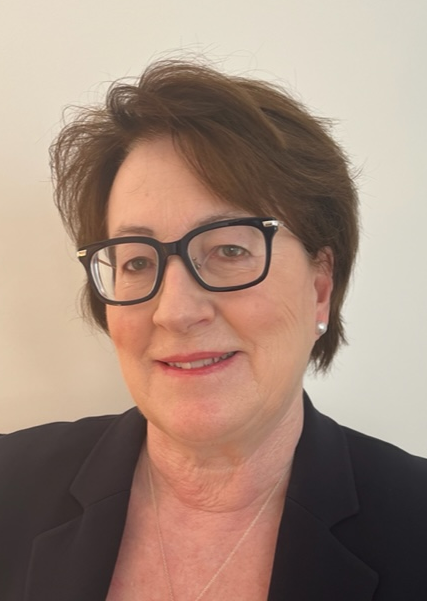 Having operated within broader Human Resource environments in a range of remuneration capacities, Jo appreciates how superannuation relates to broader HR and remuneration strategies.

Aliscia has been an industrial officer at the SDA NSW branch and a part-time official since 2010. Aliscia previously worked as a senior accountant at Ernst & Young, as an accountant at Hill Rogers and subsequently as a lawyer at Minter Ellison Lawyers.

The SDA is one of Australia's largest trade union and represents employees working in retail, fast food and warehousing.

Gerard grew up in regional NSW and moved to Sydney at the age of 18 to pursue tertiary studies. He has a Bachelor of Education (History and English (1989)), a Masters of Business in Employment Relations (UTS, 2002) and is also a Graduate of the Australian Institute of Company Directors.

Gerard's working life has seen him employed as a shop assistant, classroom teacher, social worker and as a Trade Union Official for over 20 years.

Michael had experience as a Research Officer and subsequently as a Senior Research Officer for the SDA from 1977 to 1992 including research, advocacy, negotiation, member advice, delegate education and some government liaison. Michael was advocate for the SDA in the major case which established industry-wide superannuation for retail workers in 1987 – 1988.

Michael became Assistant Secretary of the Victorian Branch of the SDA in 1992 and Secretary in 1996. Michael is responsible for the supervision of the employees of the Branch, for the financial management of the Branch and for the strategic director of the Branch, in association with other elected Officers.